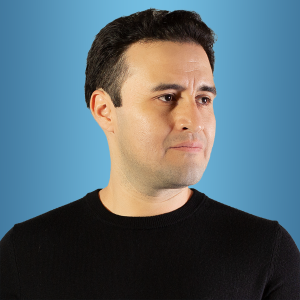 Where do you live now? Sandy

What are you passionate about? I’m passionate about DJing, and I’ve been doing it for 18 years. At clubs, venues, concerts, and even several radio stations in Salt Lake City. My passion comes from seeing the people getting into the music out on the dancefloor.

What is your favorite class (or classes) at SLCC? This is my first year at SLCC, and so far, I haven’t had many classes to call my favorite. But I do enjoy COMM 1560.

Which actor/actress would play you in your life movie? If given a choice to cast whomever I wanted, it would be Timothee Chalamet. Why do you ask? Because my titi says, I look like him.

Where do you see yourself in five years? I see myself with a degree from SLCC, rocking dance floors, and working at an iheart radio station as an on-air personality and DJ.

If you could have a superpower, what would it be? It would be the power of an exceptionally powerful telepath, So I can read your mind from across the room and amaze you by playing your favorite song.

Favorite musicians and/or artists: One of my favorite artists is Solidisco, a Dj duo that makes disco house remixes of Pop, Disco, and Funk songs from the ’70s and ’80s. I’m also into the remixes of Treasure Fingers. His way of chopping up vocal samples becomes infectious to the ear. You want to keep listening to the song over and over again.

Favorite TV shows and/or movies: I like the TV series “The Man In The High Castle.” The show depicts a parallel universe where the Axis powers of Nazi Germany and the Empire of Japan rule the world after their victory in World War II. It makes you think, What if…? I highly recommend it to history buffs.

Favorite sports or sports teams: I’m not into sports, but I like the Charlotte Hornets because of the colors they use in their uniforms and the classic Hornet logo from the ’90s.

What’s your favorite place to eat? The Wasatch Mountains because the Bear River area in southeastern Idaho has the best berries I’ve ever found!

What was your favorite cereal as a kid? I didn’t have one. Instead, I combined the sweetest and sugariest cereals to make a tooth-decaying, sugar-rush-inducing, attention deficit disorder-causing mega bowl to eat while watching Saturday morning cartoons.